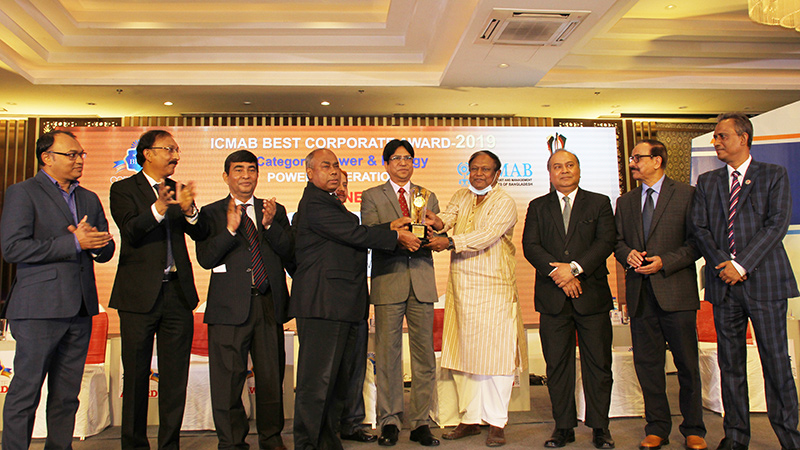 (Dhaka) 26th February 2021, Friday: Summit Power Limited (SPL) has secured first position at the ICMAB Best Corporate Award 2019 in the power generation category. This is the eight times in a row that Summit Power Limited has received this recognition from the ICMAB for excellence in corporate governance since 2012.

Summit Power Limited (SPL) is the leading independent power producer (IPP) of Bangladesh and a publicly listed AAA rated company. It is part of Summit Group that has a combined 1,941 MW installed capacity and supplies electricity to the National Power Grid. Summit Power Limited has been consistent in issuing dividends since its enlistment in both the Dhaka and Chittagong Stock Exchanges in 2005. Summit has received five consecutive best power plant awards from the government of Bangladesh since 2013.

Since 2007, the award has been introduced as a noble initiative to recognise the invaluable contribution made by the corporate entities in Bangladesh and encourage increased competitiveness among the enterprises for better corporate governance.